Using a celebrity’s image on a T-shirt may sound like a good marketing ploy, but it requires great care. The sale of T-shirts carrying a celebrity’s image could expose you to legal action for profiting from the unauthorized use of private property. Celebrities can sue companies or individuals for using their images of potentially great commercial value without their permission.

The sale of T-shirts with a celebrity’s image can be done as long as certain conditions are adhered to. Ownership of the copyright on the image would need to be established even if the celebrity is deceased, fees or royalties would need to be negotiated, and sales may be subject to differing state-specific laws. These conditions are not necessarily complicated, but it is essential to conform to them to ensure legal compliance.

Read more to learn how to print celebrity images on t-shirts and do so legally.

What Are The Hazards When Using A Celebrity’s Image On A T-shirt?

Because celebrities are well known, their image on a product or item of clothing may imply endorsement of that item and can add to its attractiveness. Without permission, not only may this be an invasion of privacy and an infringement of their rights, but the celebrity’s image (or name, for that matter) may have great commercial worth.

A complication may be that the celebrity has already agreed to allow their image to be used elsewhere possibly resulting in confusion with other products.

Depending on the image involved and any other commercial commitment, there may also be a copyright issue. In other words, the image itself is viewed as having significant monetary value, for which the celebrity is entitled to receive compensation.

Does It Matter Whether The Celebrity On The T-shirt Is Alive Or Dead?

Many famous people hand over control of their publicity to others so that after a celebrity’s death, copyright and publicity may be controlled by agents or their surviving family members. Even after death, using the celebrity’s image or name without express permission may be subject to legal action and financial penalties.

As personal views on such matters vary between individuals and the legal framework differs from state to state within the USA, you should establish who has legal control and ownership of material you wish to use to avoid possible unlawful infringement. If you consider selling outside the USA, bear in mind that the legal systems will probably vary from country to country.

Elected officials are generally considered to be open to the glare of publicity. While they may still be entitled to some degree of privacy, their actions are often considered in the public domain.

Photographs and public statements or even caricatures may therefore be considered fair game where politicians are concerned. However, it would be best to tread carefully and take legal advice before risking accusations of invasions of privacy or defamation.

The Legal Conditions With Celebrities On T-shirts?

Laws governing privacy rights and the use of celebrity images are state-specific in the USA, so it would be wise to consult a suitable legal professional who can explain the intricacies and represent you if necessary.

If you consider selling the T-shirts outside the USA, remember that laws governing privacy and endorsement also vary from country to country.

It is critically important that you make sure the personality involved or their agent has permission for the image to be printed on your T-shirt.

Celebrities often appoint agents to oversee such matters so they can negotiate a contract that could specify how the image may be used.   The contract would usually include what financial compensation the celebrity involved would receive.

To be legally compliant, you should ensure that you do the following before selling a t-shirt with a celebrity on it:

Can I Use Artwork Or A Caricature Of A Celebrity On T-shirts?

To avoid legal complications and the costs involved in using the name or image, it may seem a good idea to use artwork or a caricature depicting that celebrity.

You could, for example, hire a graphic designer to create an image based on a photograph. This is another potential minefield. The photographer or the celebrity will probably hold the copyright of that image, and unless they’ve given permission for a painting based on that image, it would constitute an infringement of copyright and lead to other legal battles.

What About Selling My T-shirts Outside The USA?

Laws vary from country to country across the world. While the USA has one of the strictest sets of rules giving famous people control over the commercial use of their images, it does not mean that it is a free-for-all in other countries. Aspects of their law may consider copyright issues and the false endorsement of products so that the result is much the same as in the USA.

Once again, please consult with a legal professional and make sure the personality involved has permitted their image to be printed on your T-shirt.

Selling T-shirts with celebrities on them is not advisable unless authorization has been obtained from the person concerned or their agent. Legal action with financial penalties may result.

As long as the necessary authorization has been received, selling T-shirts with celebrities on them is permissible. State regulations may vary, so taking professional legal advice is recommended. 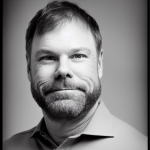 Can I Sell Shirts With Bible Verses?